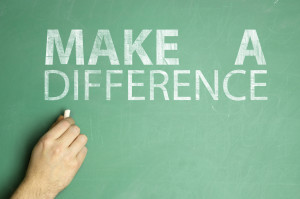 Cause marketing is predicted to reach $2.3 billion dollars in 2019, a projected increase of 4.6% over 201. As cause marketing grows, marketing departments need to be aware that certain campaigns may trigger legal obligations for both the for-profit marketer and its charitable beneficiary.

Generally, a commercial co-venturer is a person or entity regularly and primarily engaged in commerce (other  than in connection with raising funds for charities) that conducts a charitable sales promotion. Approximately 21 jurisdictions regulate commercial co-venturers engaging in charitable sales promotions. Only six states require a registration though many others require a written contract, require certain disclosures, and impose record keeping requirements.

Some states have broader definitions than others. For example, Massachusetts includes in its definition of a commercial co-venturer “any person who promotes the sale of any good or service which is advertised in conjunction with the name of any charity.”

The states that regulate commercial co-ventures have different requirements but, in general, the legal requirements imposed by many of these statutes can include:

Approximately twelve states require advertisements to disclose the expected portion of the sales price, percentage of gross proceeds, or other consideration the charity is to receive as a result of the sales promotion. Failure to comply can prompt investigations from state Attorneys General which can lead to fines and negative publicity. The better approach is to do it right the first time. Once a company has conducted a compliant and successful charitable sales promotion, similar campaigns will be easier to implement going forward.

If you are seeking advice and assistance with commercial co-venturer contracts, disclosures and registrations, contact cynthia@caritasregistration.comwith Caritas Law Group.